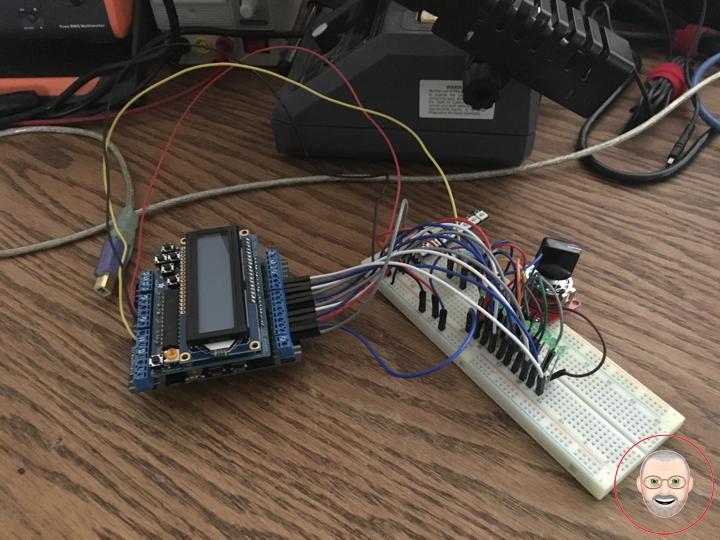 Electronics has been linked to by thousands of schools and universities, professional associations and research organizations, reference sources and other information authorities, newspapers, magazines and other news services, and increasingly bloggers and social networking sites such as Facebook, Twitter, Google+, and LinkedIn. Electronics enjoys high rankings with popular web search engines such as Google and Yahoo for hundreds of electronically important keywords, including the word “electronics” for which the site comes up in typically the top three search results.

Propaganda is information that is not objective and is used primarily to influence an audience and further an agenda, often by presenting facts selectively to encourage a particular synthesis or perception, or using loaded language to produce an emotional rather than a rational response to the information that is presented. Propaganda is often associated with material prepared by governments, but activist groups, companies and the media can also produce propaganda.

In the twentieth century, the term propaganda has been associated with a manipulative approach, but propaganda historically was a neutral descriptive term. A wide range of materials and media are used for conveying propaganda messages, which changed as new technologies were invented, including paintings, cartoons, posters, pamphlets, films, radio shows, TV shows, and websites.

Propaganda shares techniques with advertising and public relations, each of which can be thought of as propaganda that promotes a commercial product or shapes the perception of an organization, person, or brand.

Journalistic theory generally holds that news items should be objective, giving the reader an accurate background and analysis of the subject at hand. On the other hand, advertisements evolved from the traditional commercial advertisements to include also a new type in the form of paid articles or broadcasts disguised as news. These generally present an issue in a very subjective and often misleading light, primarily meant to persuade rather than inform. Normally they use only subtle propaganda techniques and not the more obvious ones used in traditional commercial advertisements.

Common media for transmitting propaganda messages include news reports, government reports, historical revision, junk science, books, leaflets, movies, radio, television, and posters. Some propaganda campaigns follow a strategic transmission pattern to indoctrinate the target group. This may begin with a simple transmission, such as a leaflet or advertisement dropped from a plane or an advertisement.

A number of techniques based in social psychological research are used to generate propaganda. Many of these same techniques can be found under logical fallacies, since propagandists use arguments that, while sometimes convincing, are not necessarily valid.

Counterfeit products tend to have fake have a reputation for being lower quality (sometimes not working at all) and may even include toxic elements such as lead. This has resulted in the deaths of hundreds of thousands of people, due to automobile and aviation accidents, poisoning, or ceasing to take essential compounds (e.g., in the case a person takes non-working medicine).

Well, here are several online portals offering best stuff on electronics. But you should bear in mind that all the providers are not safe and may be you will provide you best quality products but charge of the products are very high. And I will tell you the best websites where you can get the attire as per your taste, if you’re looking for cheaper purchases.

Think of all the popular hardware brands in technology right now. The Apple and Sony that have the distinct honor of being considered a luxury brand. Everyone wants one and anyone who’s anyone would buy and flaunt them to their peers, creating an appeal. Unfortunately, not everyone can afford them and that’s where knockoffs come to the rescue.

These knockoffs were made as a copy of the original, sometimes using the logo and design of the original. Sometimes they get it right and many might not notice. Often at times, they get it wrong. Very wrong, in fact, to the point of hilarity. Here of the most amusing knockoffs of popular tech brands that you may have seen.

From quirky gadgets to fab mobile phones, India, South Korea, Japan and China are famous for producing trend-setting technologies that often take years to find their way to the West. Turns out there are a number of websites selling ultra-cool Asian electronics internationally for you techies out there. We’ve created a list of what we think are some of the top Asian tech-selling sites.

Today while I was doing some cleanup around the office I came across some letters and messages from people who had contacted me over the past few years either to ask for work or to ask to distribute some of my software products. I had kept them aside as a reminder on how not to do business. It is a pet peeve of mind that when you communicate on business purposes to do it properly and to write well and to try to do your best to use proper grammar and spelling.

I might be showing my age, but it does gets me very mad when I receive some business message that is either very badly written or written as it you are sending a SMS message like the title of this post. There are no reason for either ones, especially the first one as nowadays spelling and grammar correctors are ubiquitous on all computer platforms. If somebody wants to find a job or wants to do business with someone it looks very bad on you when you send messages like that as the first impression you make to your prospective client, employer, or partner is one that you cannot even bother to put your thoughts down and write them properly.

Professionally I write thousands of words daily on various subjects and for various purposes, all of it with minimal editing and proofreading, so I am the first person guilty of grammatical and spelling mistakes, but when you come across as if you have no idea of what you are talking about due to poor writing skills or worse you consider business communication no more important than a quick SMS to your best buddies you will have problems going forward with any goals you might have in mind. This is not just for the younger generations out there, a lot of people of my generation suffer from the same problems.

I deal with people from all over the world daily and I do understand that if English is not your primary language, you might have some problems in communicating perfectly. I know from experience as English is not my mother tongue, French is. I have also spoken English since early childhood, and essentially have studied and worked in English since my late teens so English is my primary language these days, even though that at home now for the past 2-3 years we have switched from using English to using Spanish. I find the same problem with French and Spanish speaking people, that the quality of the written communication has dropped down dramatically over the past 10 years, when it should have increase a lot with all the spelling and grammar correction facilities we now have. It seems that people just don’t care anymore.

Take this advise seriously as we human can make something with our lives and progress with effective communications and those who do not even make the effort to do so will be left behind. It is not just an old consultant like me who says it, it is the entire business world. When faced to choose between two candidates, which one do you think a decision maker will select, the one that sounds like a professional or the one that sounds like some street gang member?