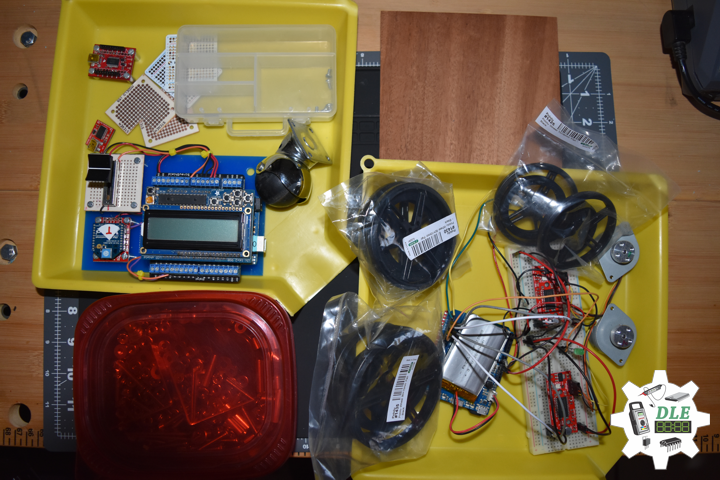 I have said “Once a Geek always a Geek” so many time in describing myself. Since I was a small child the main goal in my life has been to learn new things daily. While I write this, on the whiteboard in front of my me in my office, is written in large letters “What new things have you learned today?”. It is a reminder to myself that the day will not be complete until something new is learned. Luckily for me in my line of business you would have to work very hard not to learn something new on a daily basis.

With that attitude in mind since childhood it was very difficult not to grow up and become a full-fledged Geek at an early age. In my early teens I was into photography and processing and printing my own B&W photos in a darkroom I had built with the help of my Mom in our basement in Canada. That was one of my many interests at the time and I can’t even remember how many different “Geeky” things I have done over the years. I got into electronics when I could not afford to buy a proper darkroom timer and I saw some article, probably in some electronics magazine, that explained how to build a simple timer that blinks a LED at one second intervals. After a trip, probably to Radio Shack, to buy a 555 timer IC, a LED, some resistors, wires and a small perforated circuit board. After that I was hooked on electronics projects from that day.

Some years later, while I was an undergrad at university, I was learning mainframe programming in Fortran and assembler programming for some mini-computer I do not remember. Since they were giving us only a few minutes of mainframe processor time a semester a bunch of friends and I bought one of the original Apple 1 kits and I built it for the group and we used that for a few years to supplement our mainframe time. Then followed a Timex Sinclair, a Commodore 64, a Portable Commodore 64, a 128, a PC XT clone with a huge 10Mb hard drive and then hundreds of PCs, laptops, Palm PDAs, tablets and electronic computing devices and gadgets of all kinds.

When I started consulting in 1983 a major part of my time was spent integrating and repairing computer hardware and I even worked for a few years repairing systems nobody else could fix. Nowadays besides programming some business applications on a variety of platforms I still spend a lot of time integrating specialized hardware with software and designing electronic devices of all kind. Since I started with that first simple electronics project over 45 years ago, the Geek in me is still going strong and even though the “Geek” badge is generally used describing the younger crowds I think that a grizzled grey-haired Geek veteran like me deserves the title of “Alpha Geek”. Experience should count for something…

If you noticed I capitalize “Geek” as I think it is a term of respect and not one of derision. I hope that all the Geeks out there will love visiting this blog that will grow to host many projects and features. I also hope that it will help in convert Geeks-in-Training to full-fledged card-carrying Geeks like that first project did for me so long ago.

In the meantime enjoy your stay and let’s Geek Out!